What’s It Like to Live In Downtown San Diego? 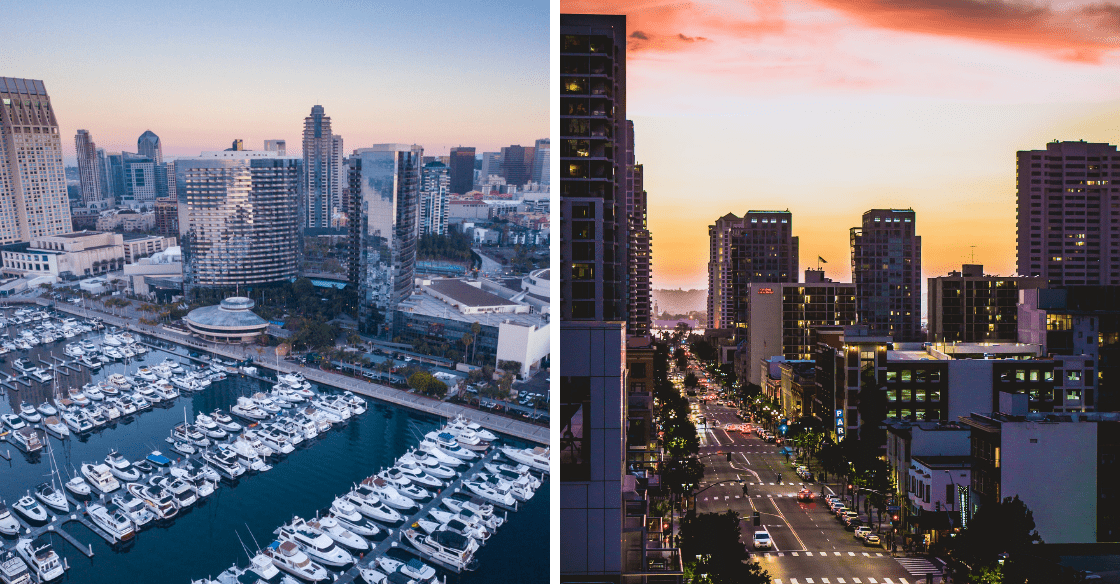 San Diego overall is safer than most cities of its size, with a violent crime rate and a property crime rate lower than the national and statewide average. That makes the city’s downtown neighborhoods safer than most metro areas, but it’s also important to practice common-sense safety precautions as you would in any urban area.

That means leaving any valuables out of sight when you park your car, locking up when you leave your home and being aware of your surroundings when you’re out after dark. A higher density of people means that the city’s downtown will see more crime than quieter neighborhoods around the city, despite the city’s relatively low rate of crime overall. 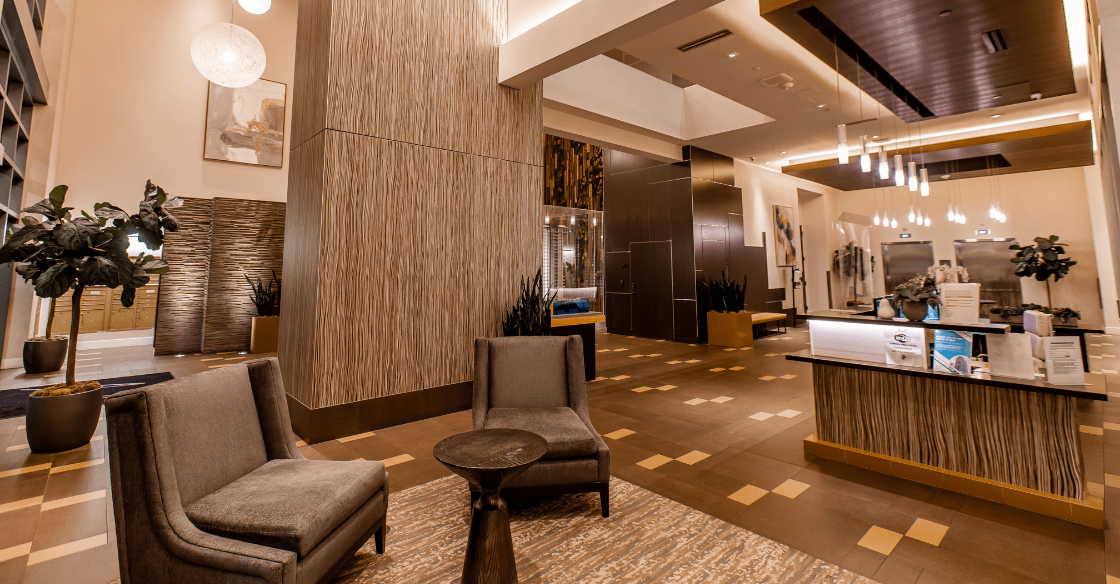 How Much Does it Cost to Live in Downtown San Diego?

That higher cost of living comes with a higher quality of life and lower costs of living in areas outside of your housing. Heating bills become a thing of the past. Fresh produce is plentiful and budget-friendly. If you live downtown, you’ll likely be walking more than driving to run your errands. 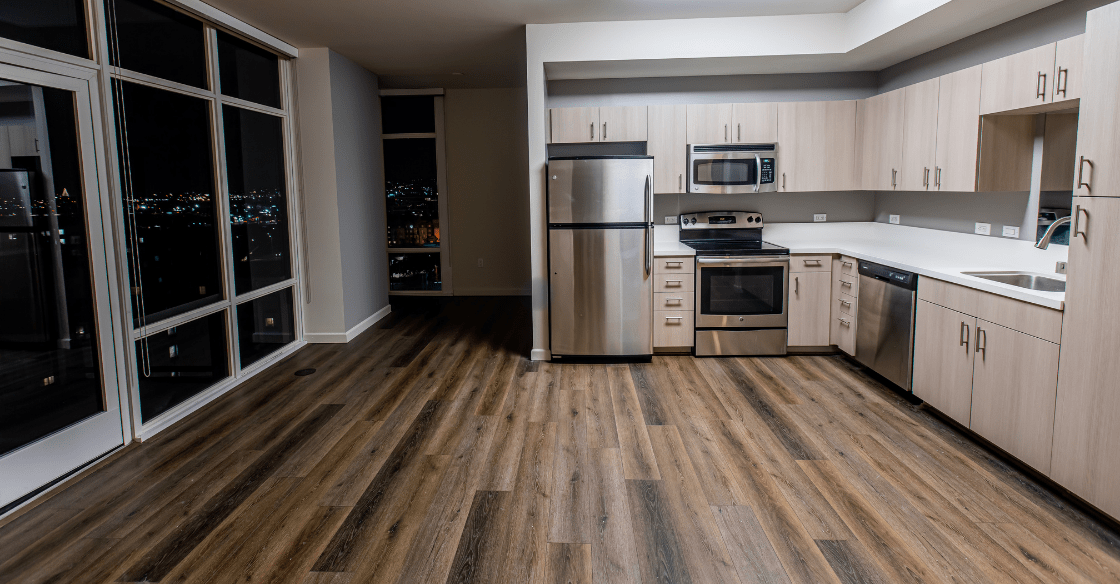 Downtown San Diego is a desirable place to live, with easy access to the best that San Diego has to offer. The amenities provided downtown are often of the luxe variety, as well. What to expect from downtown San Diego apartments includes city views, impressive finishes, modern appliances and on-site community amenities like fitness centers, swimming pools and clubhouses.

Access to everything near your downtown apartment is also something you can’t put a price tag on. 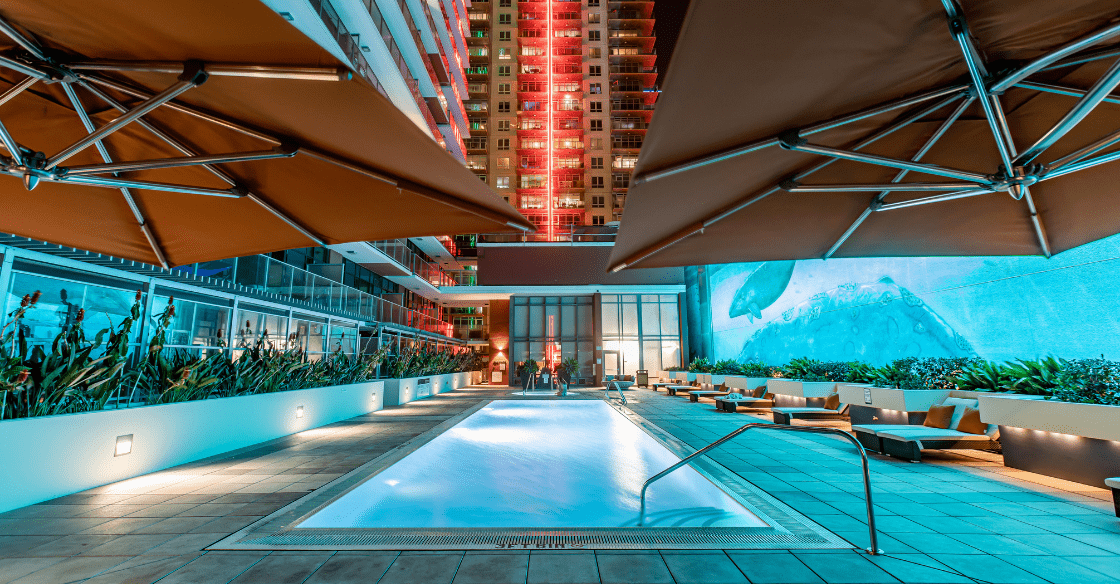 Getting Around Downtown San Diego

San Diego’s downtown area is very walkable. If you’re sticking to the neighborhoods downtown, you won’t need a car to get around. Explore downtown on foot, electric scooter or take a ride on a rented bicycle — or your own!

To get around the city from downtown, you’ll have access to the San Diego Trolley or the city’s network of buses. The ferry to Coronado is also easily accessible from downtown. For adventures further up the California coast, catch the North County Transit District’s COASTER commuter trains or the Amtrak’s Pacific Surfliner from the Santa Fe Depot. The Surfliner is an efficient option for travel up to Los Angeles and is popular among business travelers in San Diego. 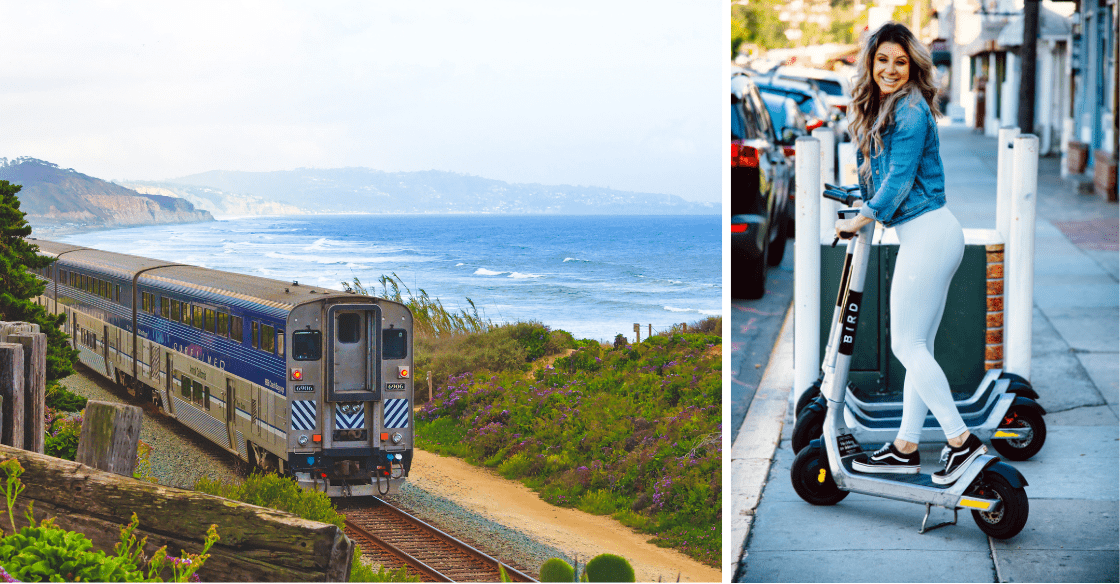 Things to Do in Downtown San Diego

Perusing the city’s best farmer’s market at the Little Italy Mercato, exploring Waterfront Park along the bay and taking in one of the city’s frequent festivals in the area are some of the many things to do in Little Italy. The neighborhood is also perfect for anyone looking for a great food scene. That includes the city’s best Italian food on top of an eclectic mix of food across genres and eateries from San Diego’s best chefs.

Downtown San Diego outside of Little Italy, is also full of things to do. Explore bars and restaurants in downtown San Diego, including some of the city’s best rooftop bars, or see a live show. Do some shopping at the neighborhood’s independent boutiques or stroll down to Seaport Village to pick up souvenirs for friends and family who aren’t lucky enough to live in San Diego. Don’t forget sporting events, catch a Padres baseball game at Petco Park, located in the heart of Downtown. 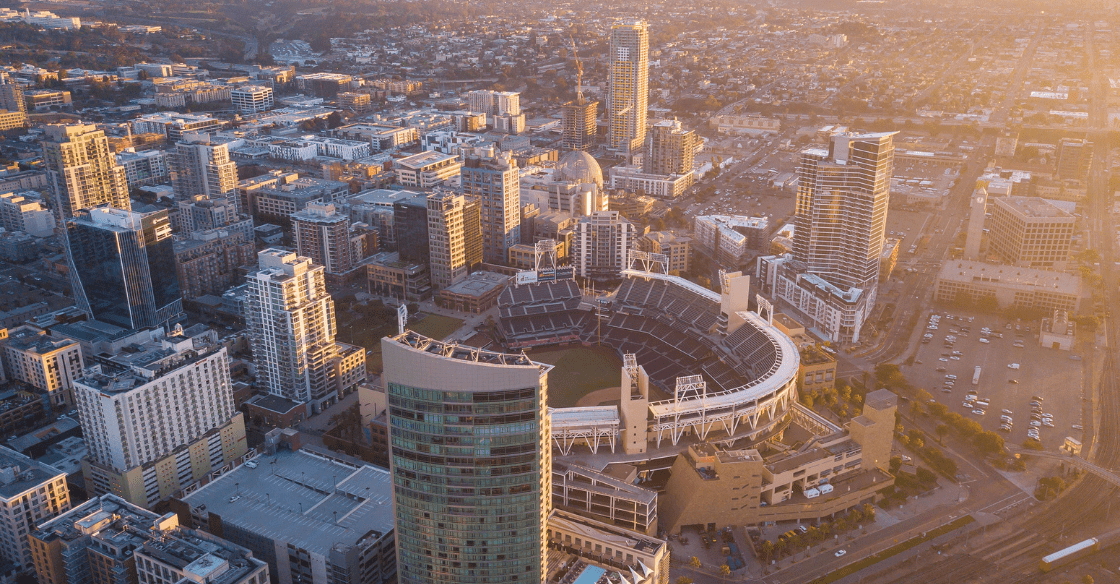 If you’re a history buff, you’re in the right place. Downtown San Diego is a historical part of town. Walking tours are frequent if you want to get a taste of city history. Start at the Gaslamp Museum if you’re interested in learning more about the Gaslamp beyond the area’s bar scene and guided neighborhood tours from docents there.

If you’re in the market for a new apartment and you like the sound of downtown San Diego, there’s no shortage of apartments in downtown San Diego. If you’re looking for the best place to live in the most vibrant area of the city, look no further than the Ariel Apartments. Contact us for a tour today and see what luxury apartment living in San Diego’s downtown is all about.

Tips for Hosting a Dinner Party in a Small Apartment